Although it has only been about 5 weeks since the end of Dinosaur Dreaming 2019, a small group of dreamers who were suffering from rock-breaking withdrawal (hence "tragic") met at Lesley Kool's house in Wonthaggi to get their fix of breaking some of the stockpile of rock from the recent dig.
The weather was perfect, the company was scintillating and we found more bones, including four ornithopod teeth! There is still plenty of rock to be processed so we are planning another tragics weekend around the end of August-beginning of September. 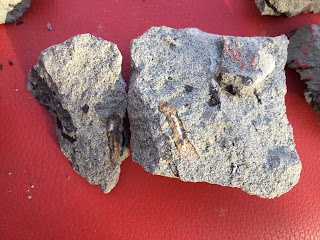 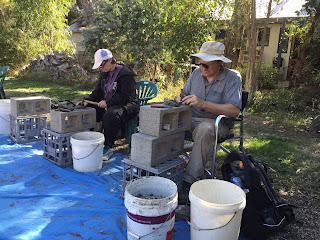 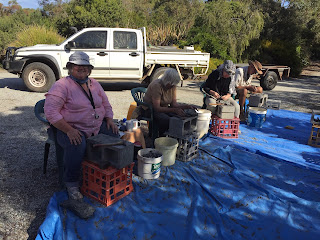 Wendy White spotted the camera, but Mary, Wendy Turner and Mike
were oblivious